My family and I have been traveling the United States in our fifth wheel camper since October 10, 2016. During this time I have gotten a lot of opportunity to explore the various types of wildlife and history.

I love snakes and have adopted three. Niles Louhiss Abner Logsdon the first is our Corn snake (slideshow photo #1). He is very social and likes to sit right up in the front and see what’s going on. He was the only snake we planned to get originally.

But then we saved Betty Maize (a rosy rat snake or corn snake shown on slide show photo #2) from a kid’s playground in Florida where she (who may actually be a he; we didn’t know at the time) was covered in ticks and wounds from weed eaters. She (or he) is a very private snake, but is still great and well socialized (we call her the “lap snake” because she’ll just hang out in your lap and fall asleep).

We then realized how much we loved having multiple snakes, so we got Mordecai, the apricot Pueblan milk snake after her (slideshow #3). He is still a bit nippy and zippy, and the only snake I’ve been bitten by so far. He needs some socialization, but is beautiful.

You may be focused on me getting bitten. Don’t worry though; it was my fault! When we were first introducing him to his new home, he immediately rushed into a little coconut shell. I was trying to let him learn my smell, but I didn’t see where his head was, and I went too close too fast and it freaked him out. Also, Mordecai was only a foot long non-venomous colubrid, and his teeth were so small that it didn’t hurt at all. It felt like, well, sticking your finger inside of a marker cap (I just tried that).

I wanted to create this website to help people understand the animals they may fear or hate. So, instead of running away or harming the animal, you can open up a new door of curiosity! And, you may see them in a positive light.

To start, what is your biggest fear in the animal kingdom? Are you afraid to swim because of sharks? Do all snakes seem venomous? Or is it the eight legged creatures that scurry around your home? Learn more about them and you may even see vegetarian spiders as being cute, see a magical glowing wonderland of sharks, and realize that snakes really want nothing more than a safe place to sleep. Or, you could be here to understand some of the concepts, like how some animals can change color, or what the differences between venom and poison are. 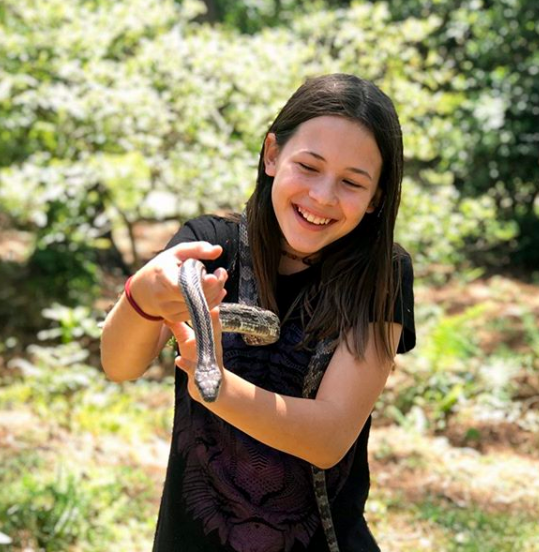 Search by Subject
Looking for something?
Through Clara’s Eyes
Go to Top
Loading Comments...