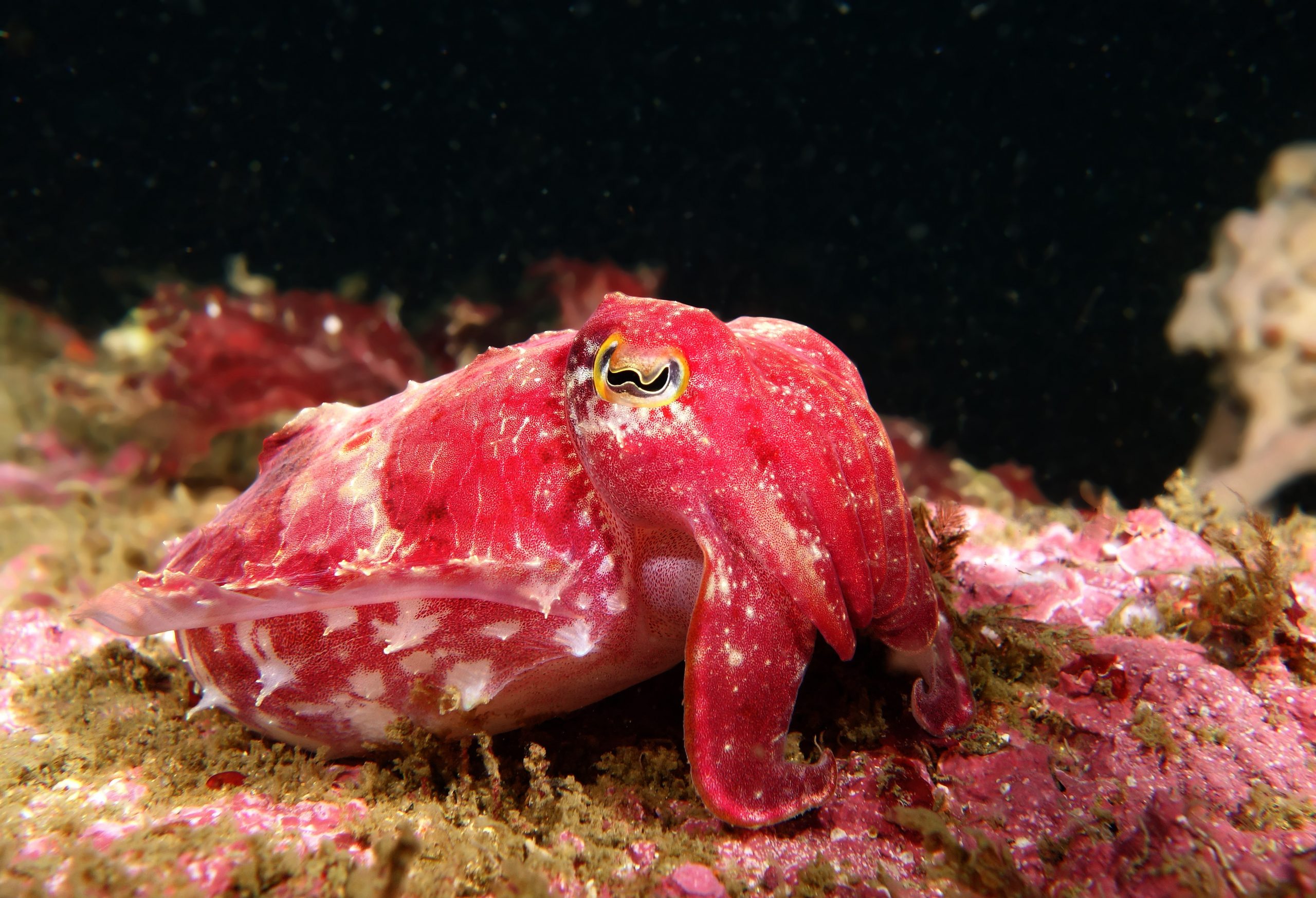 Cephalopods are an advanced form of mollusk (snails, slugs, clams etc). Mollusks have evolved their one foot into the numerous tentacles that make the Cephalopods stand out from the rest of the sea creatures.

They are also known as inkfish due to their unique ability to squirt ink out from their siphons. Siphons are what cephalopods use to propel themselves through the water, and it is also where they expel their waste. The ink is used as a distraction; so any predators will go after it instead of the cephalopod. Most of the ink is actually made up of of the cephalopod’s mucus!

Cephalopods have three hearts and copper-based instead of iron-based blood, causing it to be blue. They can be very social animals, but also can be aggressive to each other and even cannibalize. But they still are generally friendly, and have been known to play and interact with humans and other animals.

There may be some confusion about what the plural of an octopus is. But it is actually octopuses although it does sound wrong.

Despite being able to change color, all octopuses are colorblind. Many other Cephalopods are as well. There are over 800 species, and only one is tolerant to brackish water (the Brief squid, or Lolliguncula brevis). All of the others live in the salty sea.

Most cephalopods have a cartilaginous (made of cartilage) cranium or shell around their brain, and cuddle fish have a version of hard structure called cuttlebone that is made of aragonite crystal. These are commonly used as scratching surfaces for pet birds.

Squid also have, in a way, an internal exoskeleton. It is similar in shape to a cuttlebone, but instead made of chitin, which is a major material found in arthropod exoskeletons. Arthropods include insects, arachnids, and crustaceans.

Cephalopods are considered the most intelligent invertebrate on the planet. In captivity, they have been known to escape from the aquarium! In one case an octopus managed to make its way across the room into another aquarium with food, then climb up into that aquarium eat, and make its way back into their original aquarium!

Another strange form of movement some cephalopods have been known to do is fly! They will use their siphons (which we talked about previously) to propel themselves out of the water. In one species, the Neon flying squid, or Todarodes pacificus, it will flatten itself out so that it can glide in the air!

Octopuses are also able to fit through incredibly small holes. Octopuses can fit into anything bigger than their eye or mouth, the only parts that are hard or mostly hard. Because they don’t have any bones, a 600 pound octopus can fit through a hole the size of a quarter!

What would the movement of a cephalopod on land be called?

Mammals walk, snakes slither, birds fly, frogs hop, fish swim, and centipedes crawl, so what would a squid, cuttlefish, or octopus do? Comment below with your answer.

One thought on “Cephalopods”