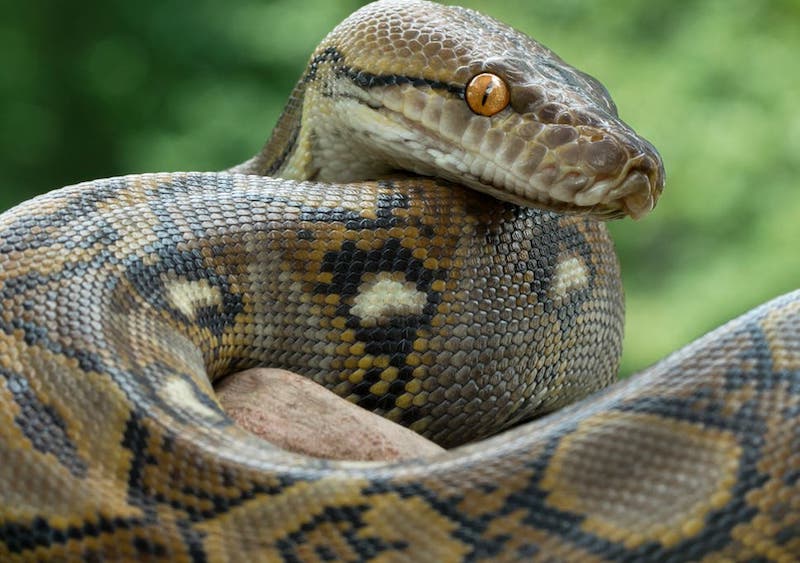 Constrictor snakes are a very large family of snakes. They aren’t quite as large as in the number of them out there, but they can reach a much bigger size and weight!

The largest snake ever known to slither the earth is, unfortunately, the extinct Titan Boa. The Titan Boa could reach 42 feet long and weighed 2,500 pounds! This snake likely ate larger animals like alligators in its time.

The longest snake kept in captivity is named Medusa. She is a reticulated python (Malayopython reticulatus) from Kansas city, and is 25 feet and 2 inches long! She can actually tell when it’s “show time” and she acts differently by posing for the camera! But Medusa isn’t the heaviest snake in the world. That goes to the green anaconda (Eunectes murinus), weighing over 550 pounds!

So constrictors can get really big, but not all of them are. The Children’s Python only gets three feet long.

Constrictor snakes are divided up into two main categories, pythons and boas. These two are very difficult to tell apart in some cases, such as the green tree python and emerald tree boa. Both are bright green as adults, and bright red or yellow as babies (only the pythons are yellow as juveniles, the boas are only red or orange).

Both pythons and boas are considered “primitive” species because they have two lungs. These make them thicker bodied snakes, and, they still have tiny leg bones. Sometimes if you’re holding one you can feel what’s left of their toenails! They also have Pit organs just like the pit vipers.

In general, here are a few ways you can tell the difference:

So, can you guess which one of these two snakes is a python and which is a boa? Use the arrow to move the picture back and forth!