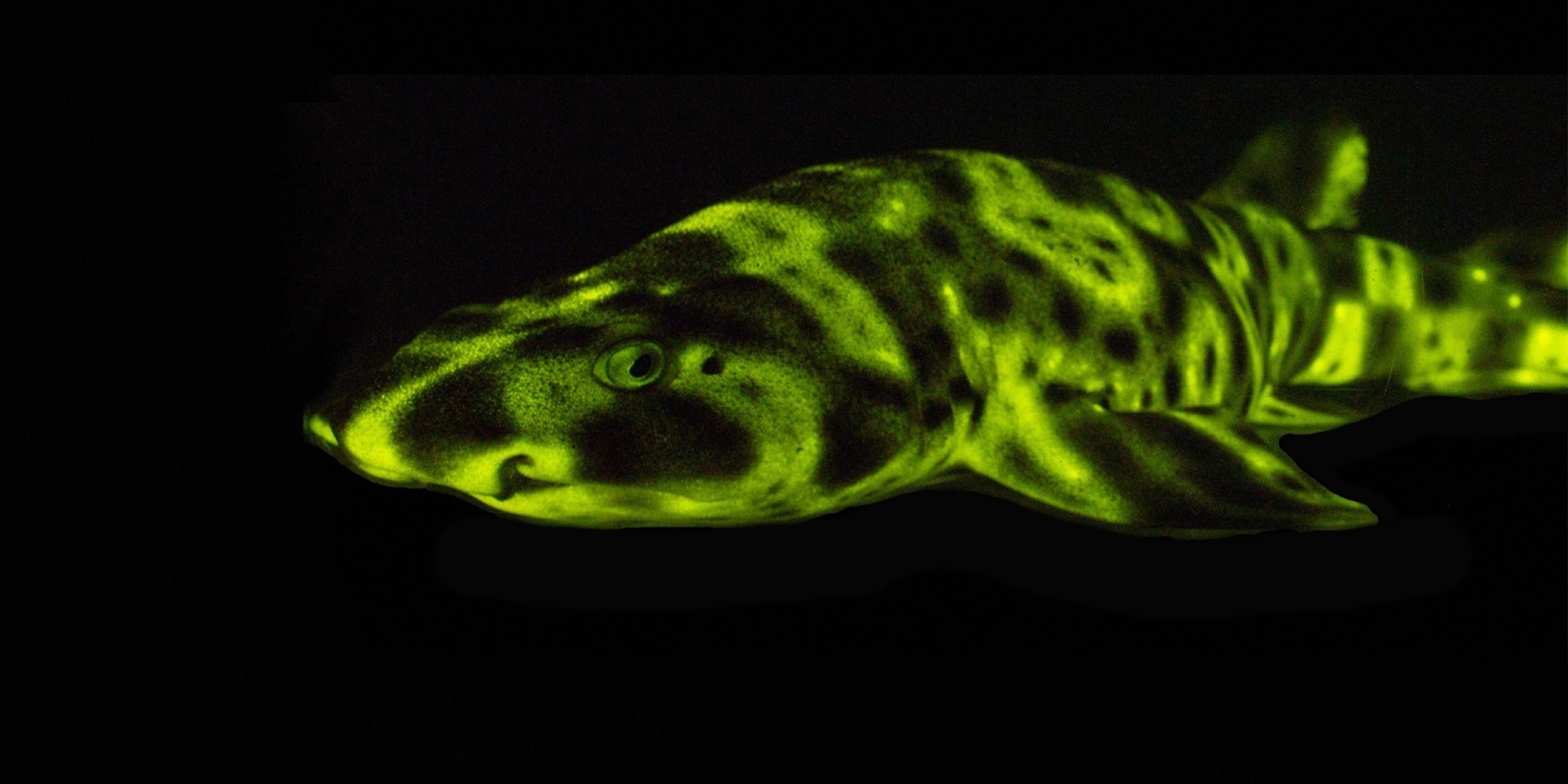 Many creatures of the deep sea have developed the ability to glow. This amazing phenomenon comes through Bioluminescence, either from a chemical in their body, or bacteria on their skin. But the bio-fluorescence that appear in these Swell Sharks (Cephaloscyllium ventriosum) is different.

Sharks have light and dark spots all over their bodies, and the light spots absorb the blue light from the sea and turn it into a lower energy green glow. They use this to identify and communicate with other sharks of their species. It can even fight off infections!

But Swell Sharks aren’t the only shark that can glow. Pocket sharks (Mollisquama parini) also have the ability. Only two have ever been reported, and they were two different species.

They are found in the gulf of Mexico and they’re called the “Pocket shark” because they are five inches long and could fit in somebody’s pocket. But the name actually came from its “pockets” located right behind its gills.

In the Pocket shark’s pocket is a Bioluminescent substance, somewhat like octopus ink, that it can squirt out to attract its prey. Which is a lot like the taillight shark (Euprotomicroides zantedeschia). This is a small shark – it only gets six inches long!

The Lantern shark (Etmopterus spinax) which is only 8 inches long, uses its bioluminescence as camouflage and to ward off predators. The blue glow on its underside allows it to blend into the water from predators below, and its back is black to blend into the depths of the sea. But its extra defense are the glowing spines on its back.

And these are only a few of over 50 species of bioluminescent sharks in the world! We have only scratched the surface of all that lives down there!